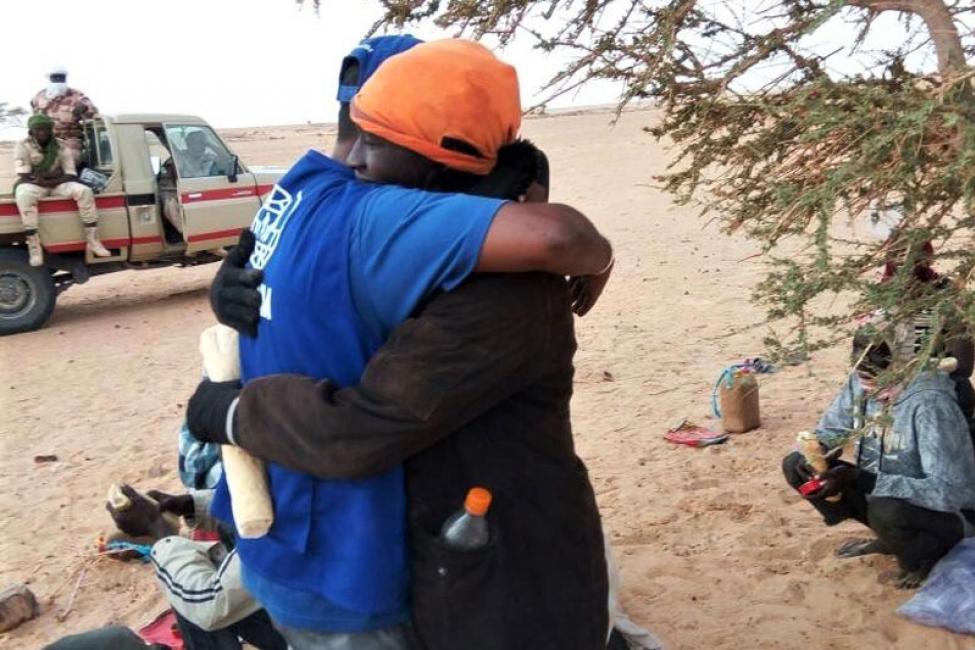 IOM and Nigerien Civil Protection rescue 23 Gambian and Senegalese migrants who had been abandoned by their drivers. Photo: UN Migration Agency (IOM) 2017

IOM and Nigerien Civil Protection rescue 23 Gambian and Senegalese migrants who had been abandoned by their drivers. Photo: UN Migration Agency (IOM) 2017 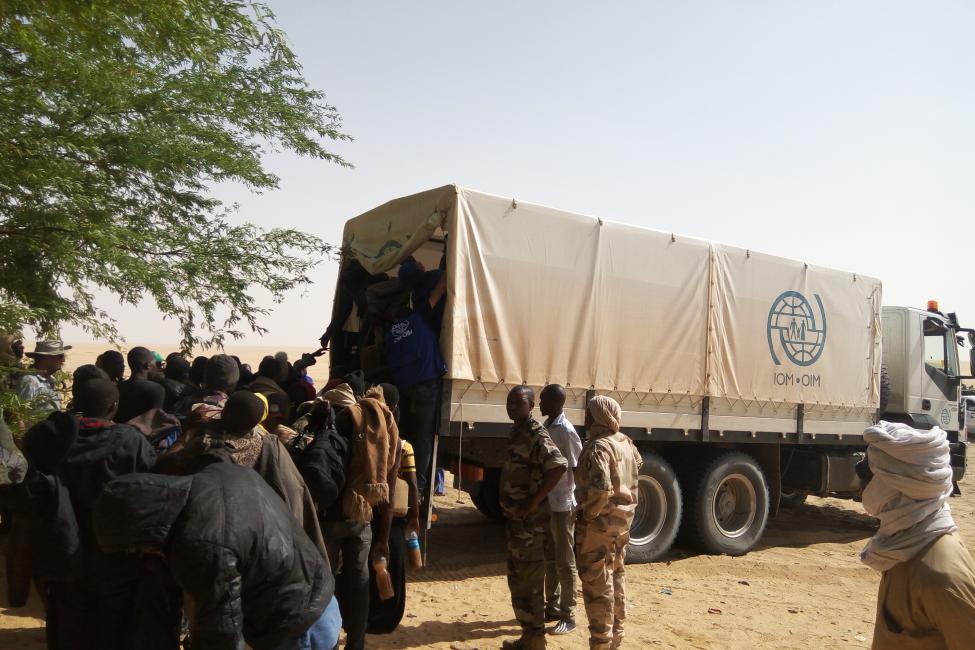 IOM together with the Nigerien Civil Protection rescue 23 Gambian and Senegalese migrants who had been abandoned by their drivers. Photo: UN Migration Agency (IOM) 2017

Dirkou – A total of 1,000 migrants have been rescued since April of this year in northern Niger by the search and rescue operations of IOM, the UN Migration Agency.

From 19-25 July, IOM conducted an assessment mission of migratory routes in the Ténéré desert and the area surrounding Niger's border with Libya. The aim of the mission was to improve migrant rescues, by understanding better how to assist migrants in distress on that route and to strengthen the Government of Niger’s management migration capacity. A full report on the mission can be read here.

IOM together with Niger’s Department of Civil Protection (DCP) covered more than 1,400 km at the end of July in the northern part of the country to identify the challenges and changes in flows and migratory routes, whilst also rescuing more than 150 migrants in distress.

The search and rescue operations are an integral part of the Migrants Rescue and Assistance in Agadez Region (MIRAA) project, funded by the Government of the Netherlands, and which is complementary to the larger initiative, Migrant Resource and Response Mechanism (MRRM), developed by IOM Niger and financed by the European Union.

Since January, more than 60,000 individuals have been observed entering Niger, of which only half this number were counted leaving the country through the two flow monitoring points in Séguedine and Arlit. Compared to the previous year, there are much fewer migrants reported as both incoming and outgoing.

Following this latest assessment mission and seeing that more dangerous routes are being used by smugglers, IOM is looking at implementing new flow monitoring points in the country.

"I was shocked when, not far from the border between Niger and Libya in Toummo, we came across a large group of women mainly from Nigeria and Ghana sleeping in a dark hangar quite close to the border post, waiting for their next passage north," said Alberto Preato, MRRM Programme Manager at IOM Niger.

“We need to better understand how trafficking and smuggling networks intersect, and to further increase our presence in these remote areas in order to provide information, assistance and alternatives to migrants in need," Preato added.

During one of the latest search and rescue missions, conducted in cooperation with the Nigerien Civil Protection, IOM staff rescued 23 Gambian and Senegalese migrants who had been abandoned by their drivers, including one 7-year-old girl.

While on the mission, the staff encountered some migrants they had previously met in the ghettos around Agadez. Despite being informed about the dangers and risks of irregular migration by the community mobilizers, these migrants had nevertheless decided to try their luck and headed for Libya.

“I feel that I have failed them in some way, but I am happy to see they are alive,” said one IOM community mobilizer.

“It’s a miracle what happened today, but I have never felt so ashamed,” said one of the survivors. “I should have listened to them; I should have never embarked on this route,” he added.

The rescued migrants are now recovering at IOM’s transit centre for migrants in Agadez as they wait for assistance to voluntarily return to their countries of origin. The initiative includes a wide range of services such as direct assistance, assisted voluntary return and reintegration.

IOM aims not only continue to provide vital assistance to migrants in distress, but also to enhance community stabilization by supporting community initiatives along the migratory routes in northern Niger.